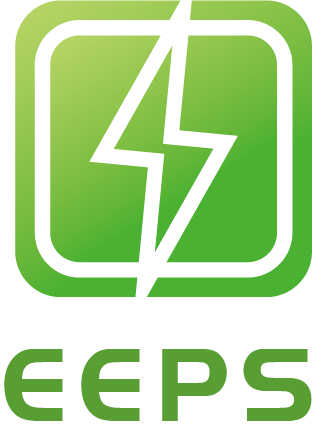 The presentation mainly introduces the emission of automobile pollutants, especially the emission of diesel vehicles, which has caused great damage to the environment, therefore, the control of pollutants from motor vehicles is imminent! The report analyzes and compares the ever tightening emission regulations for light vehicles and medium- and heavy-duty vehicles in Europe and the United States, and makes a detailed analysis of the advanced after-treatment control technology and after-treatment system integration that will meet the future vehicle emission regulations. On this basis, discussed the technical route to meet the future emission regulations.

Title: The study on agglomeration and removal of fine particles in wet phase transition condensation process

In this paper, the field tests on agglomeration and removal of fine particles has been done in a 20t/h coal-fired power plant with installing the wet phase transition condensation device. In order to understand the removing mechanism of fine particle clearly, the effect of this device on fine particle agglomeration and removal efficiency were investigated with using numerical simulation method. The fine particle at the inlet and outlet of this system was collected with low pressure impactor. The particle size distribution was analyzed and characterized with Mastersizer 2000. The results showed that the inertial impaction are the major impact mechanisms for particles below 1μm with this wet phase transition agglomeration dust removal technique; the interception of internal structure and droplets played a dominant role in terms of impaction efficiency for particles above 1μm. But for submicron particles ranging from 0.1μm to 1μm, the increasing in vapor condensation and Brownian diffusion can improve particle removal efficiency significantly, because of the great difference at flue temperature. The removal efficiency of wet phase transition agglomeration dust removal technique is above 80%.

In this study, a combined extinction and radiation (CER) methodology will be introduced. It was developed with different wavelengths and applied on quasi-steady Diesel flame to obtain the soot amount and temperature distribution simultaneously by considering self-absorption issues. All the measurements were conducted in a constant pressure combustion chamber. The fuel as well as the operating conditions and the injector used were chosen following the guidelines of the Engine Combustion Network. Uncertainty caused by wavelength selection was evaluated. After that, some important results and analysis on the effects of operating conditions and split-injection strategies on in-flame soot formation by means of CER technology will be presented.

Title: Integrated Waste Biorefineries as Power Plant of the Future

A waste-driven factory is intended to valorize waste sources as renewable feedstock to recover value-added chemicals, materials, alternative fuels, and energy. This concept aims to integrate waste treatment, resource recovery, alternative fuels, and energy generation to shift from fossil-based linear economies to circular economies. Although the traditional linear economies have resulted in rapid economic growth, but at the cost of increasing energy demands, environmental pollution, and climate change. The Paris COP21 summit has recently set out a roadmap to reduce greenhouse gases (GHGs) emissions to keep global warming to 'well below 2oC'. Like global warming, the tremendous waste generation and its unsustainable disposal have emerged as a potential threat to our civilization. It is estimated that the current waste generation rate would escalate by three times by 2025. Traditional waste remediation methods are concerned with waste removal from collection points and their disposal in designated dumping sites where waste valorization to generate energy and other value-added products are rarely performed. These sites have become a major source of GHGs emissions contributing to climate change. As a result, nations are now focusing on treating or refining wastes instead of disposing, striving to recover energy and value-added products from waste to achieve a circular economy. In better words, using closed-loop waste bioprocessing units, the inherent net positive energy contained in solid, liquid, and gaseous wastes is harnessed and utilized as energy carriers. Despite their promising features, these individual processing technologies are incapable of handling the huge volume of waste at a single platform to achieve zero waste concept. They suffer from limited efficiencies and high capital and maintenance costs. Therefore, if these waste processing or waste-to-energy technologies could be integrated through the under-one-roof concept of a waste-driven factory, a significant part of wastes can be treated by various specialized techniques, while their outputs (heat, power, and fuel) could suffice the operating requirements of each other. An array of products including heat, power, fuel, and value-added chemicals, enzymes, and materials would be available, not only to run the waste-driven factory by itself but to support the national electric grids, vehicular gas stations, combined heat and power (CHP) units, and domestic heating and industrial furnaces. However, such waste-driven factories' overall sustainability should be assessed through various tools, including life cycle assessment (LCA), life cycle impact assessment (LCIA), and exergy.

We present a comprehensive, efficient computational method for industrial moving grate MSW incinerators. In the new approach, the bed model includes a transient two-fluid simulation using realistic grate geometry cut by the incinerator throat, which includes a dynamic coupling of heat and mass transfers between the fuel bed and the lower combustion chamber. The kinetic theory of granular flow (KTGF) was introduced to describe the rheological properties of waste particles, and the Ergun model was used for the gas-solid drag. Thermal conversion of wastes was characterized by the heterogeneous reactions of moisture evaporation, devolatilization, char-O2 combustion and the homogeneous reactions of hydrocarbons combustion. The simulated bedtop profiles are then used as inlet conditions to run a 3D steady simulation of turbulent gas combustion for the whole furnace. The simulation results are validated with 3D transient full-incinerator results and on-site measurement data. The new computational method highly promotes the computational efficiency and shows a potential to serve as a useful tool for the design and operation of industrial moving grate MSW incinerators.

Title: Optimization of air-cooling technology for LiFePO4 battery pack based on deep learning